In the 21st century, universities are faced with the challenge of offering rigorous academic opportunities to an increasingly diverse population of students. Beyond academics, institutions of higher education, and in particular, mission-driven Catholic universities must also task themselves with creating co-curricular programs in order to support and inspire nascent compassionate and ethical leaders for a multicultural society. As universities enroll and seek to retain an increasing number of students who are underrepresented and disadvantaged, they must also address the special needs of students from a variety of subpopulations, including those who are the first generation to attend college. In keeping with the special theme of “being open to others” of this second issue of EducA, Catholic institutions might reflect on how to authentically live out this theme by welcoming multicultural students and creating “truly open” and “liberating” curricula and co-curricular opportunities. How can these universities nurture their students so that they in turn are inspired to be “open” to their own communities— to “others”? This paper will focus on one population of critical importance in a growing multicultural world— first-generation college students.

Involvement in university life is an important aspect of many students’ college experience. Involvement in co-curricular activities may come in many forms including participation in: service-oriented organizations, student government, political organizations, religious-based groups, and other related activities. Past research indicates that such involvement is related to other facets of university experience; specifically, co-curricular involvement is frequently tied to positive outcomes amongst college students. Strapp and Farr (2010) found that involvement in psychology-related activities was related to grades (GPA), as well as university satisfaction, in psychology majors. In that particular study, greater involvement in specifically a major-related activity was associated with higher GPA and higher university satisfaction. Furthermore, these researchers suggest the development of major-relevant leadership and work-related skills as a result of their involvement as a possible explanation.

Additionally, Webber et al. (2013) found a significant relationship between greater engagement in different co-curricular activities, particularly service-related activities, and GPA, as well as university satisfaction. Interestingly, Baker (2008) further explored the topic of involvement, in regards to ethnic minority college students, and found that the type of involvement students engage in was critically important to their overall success. She found that while involvement in some organizations is positive for some types of ethnic minority students, the same type of involvement might have no effect, or even be detrimental, to other minority students’ success. As this influence differs based on student race, this finding may suggest that there is no unique type of engagement that is beneficial across the board for all students. Thus, universities should strive to create a variety of programs and engagement opportunities on campus in order to benefit as many students as possible.

Based on the literature reviewed above, we pose the following—

Hypothesis #3: Lastly, based on research conducted by Easley, Bianco, and Leech (2012), we predict that first-generation students will be more involved in spiritual- and or service-related co-curricular activities as compared to non-first generation students.

These research questions will be tested using institutional data from Loyola Marymount University collected as part of the Youth Cultures Study, sponsored by the Centre for Coordination of Research, an arm of the International Federation of Catholic Universities (2014).

The participants of this study volunteered to complete the International Federation of Catholic Universities (IFCU) Youth Cultures survey online. The survey consisted of 85 sets of questions belonging to the categories of Personal Data, Parental Background, Personal Activities and Interests, Satisfaction with Life and Self-Esteem, Perception of the World/Politics, Most Important Aspects in Life and Personal Identity, Family and Intergenerational Relations, Significant Others, Friends, Social Networks, Interactions with Others, Partner Relationships, Work, Value Orientation and Ethics, Religion, Confidence in Institutions, University, and The Future. After signing up for the survey, participants were given a link to complete the survey via email. The participants’ responses were all recorded anonymously, and following completion of the survey, responses were kept in a database with password protection.

These findings as a whole build on previous work from our research lab showing that student involvement in service/religious oriented groups is significantly related to an increased sense of social awareness and ethical and pro-social behavior (Machón, Cullen, Kreisel, Roxas & González, 2014). We previously reported that for those involved in service/religious service, growth occurred from first to fourth year in university students. This growth is shown in the expression of increased social awareness, concern for social equality, and in the priority that dedication of their lives to real and meaningful social action has when considering future plans. This work supports the important role that a values-driven higher education plays in the formation of “whole students” inspired to contribute to the improvement of social inequality and fragmentation.

Limitations and Implications for Further Research

There are a few limitations of our study to acknowledge. First, the nature of the survey is correlational, thus making statements about causality and directionality tentative. For example, it could be the case that higher university satisfaction leads to higher co-curricular involvement and not the other way around. Secondly, the survey included no specific questions regarding “first-generation college status” per se. Existing items on highest level of education of participants’ parents were therefor used to classify students as first gen or not. Further research on this subject area should control for the first-generation variable more accurately, explicitly asking students if they identify as first-generation students or not. Furthermore, about 30% of our non-first-generation sample consisted of students who were “mixed-generation”, meaning one of their parents received a college degree and the other did not. However, we did adhere to how these students are typically classified in the literature, as non-first generation (Núñez & Cuccaro- Alamin, 1998). Future studies should consider the implications of being a mixed-generation student, and control for that variable more accurately.

Additionally, this study was cross-sectional, as two different groups of first- and fourth- year students were surveyed. Ideally, the same group would have taken the survey during their first and fourth years, in order to more accurately follow trends regarding involvement and university satisfaction in students. Yet, while there was a slight overrepresentation of females in the sample of our study as compared to the student population, the sample appears to be generally representative of the student population in regards to race/ethnicity and age.

As Catholic universities, in living out their mission, become more “open” to an increasingly diverse student population, they must remain focused on creating rigorous academic programs as well as meaningful co-curricular experiences that prepare students for a “more open” and tolerant society. This represents our greatest challenge, our greatest inspiration and our most noble mission— as institutions for higher education and institutions for a “higher purpose”.

Machón, R. A., Cullen, L., Kreisel, C., Roxas, A., & González, P. (2015). The role of a Catholic university in the formation of whole young adults: Campus and community involvement and social awareness in university students. EducA, International Catholic Journal of Education, 1. Retrieved from https://educa.fmleao.pt/no1-2015/the-role-of-a-catholic-university-in-the-formation-of-whole-young-adults-campus-and-community-involvement-and-social-awareness-in-university-students/ 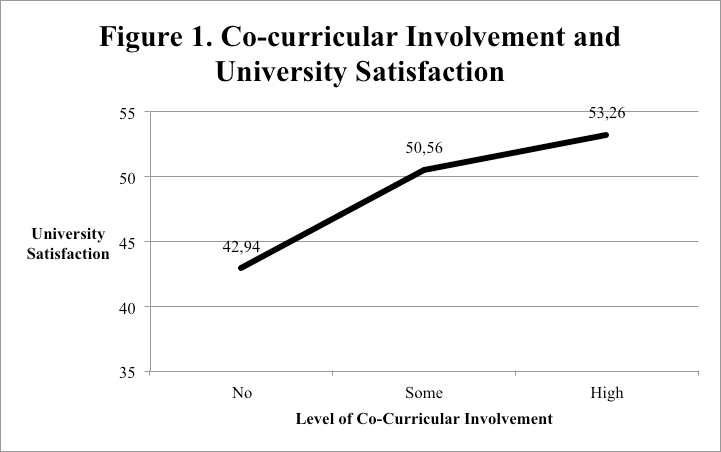 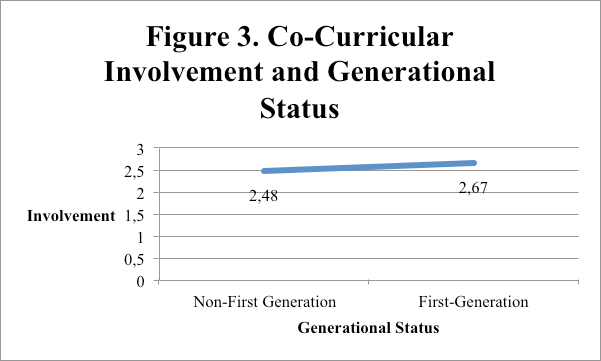 * Ricardo Arturo Machón, Ph.D. is Professor of Psychology at Loyola Marymount University (LMU). The following students at LMU contributed to the conceptualization of the research project and co-authored this manuscript— Angelica Diaz (class of 2016), Nicole Muldoon (class of 2018) and Lauren Cullen, B.A. (class of 2013). The real life issues affecting my students inspired this paper. It is thus dedicated to their struggles in forging their identities as young adults. Correspondence concerning this article should be addressed to Ricardo Arturo Machón, Ph.D., Department of Psychology, Loyola Marymount University, 1 LMU Drive, Los Angeles, CA 90045-2659, USA. Phone: 1-310-338-1766. E-mail: Ricardo.Machon@lmu.edu